Find us on Social Media:

If your struggling with BodyMind Articles issues, please take our survey to see the severity

What is Characterology and Reichian Therapy ?

What is Characterology and Reichian Therapy ?

Wilhelm Reich is considered the Western originator of the science of BodyMind psychotherapy.

Freud and early psychologists discovered that there is a childhood developmental process that is now known to be windows of plasticity in the brain where the developing child has their beliefs, feelings and attachments to parents, others, and objects influenced in a positive or negative way.

Wilhelm Reich explored, analysed, and first proposed working archetypes of 5 key types of individual personality groups develop from this process, where developmental arrest occurs. Reich explored how the early patterns of relating and attaching to others, if problematic, interrupted, or subject to trauma, can get “wired” into the brain and the body, and then repeated as recreations in adulthood.

The literal posture, body shape, muscular and fatty deposits as held in the body, as well as sense awareness organ functioning(eg. Eyesight), are affected in this process, and there develops an outcome of a correlating body structure/shape to a personality with its emotional and mental defences or adaptations towards life.

This is what Reich called Characterology. There are 5 primary Character Types, each with sub-types. None of us is a character type.  We are possibly possessing a blend of these adaptive defences and each influence may span any point in a spectrum from very mild to severe. The character types are a useful set of archetypes that we can broadly relate to.

We are a blend of all of them at some level, but typically one or two of them may pre-dominate and reveal key aspects of our primary bodily, emotional and mental personality defence or posture towards life. The 5 character types are described in more detail further on in this section of the website.

Reich also postulated a theory of energy being a primary component of all matter and space, a concept he called the orgone energy. This energy was for living organisms in effect a “life force” which was electro-magnetic in nature, could be measured, sensed and worked with in therapy.

From this place, Reich then established a theory of segmental armouring where seven segments of the body exist where armouring or muscular tensions develop or takes place, and where the segmental contractions are at right angles to the flow of “life force” or orgone energy in the body.

In fact Reichs concept of 7 segments also has a correlating overlay of the 7 chakra system of eastern Philosophy, and in many ways has a premise that is basically the same as proposed by eastern philosophy but in a western manner that attempts to be more quantitative and deductive.

Refer to the article on Reich’s Semental Armouring Theory.

Resistance in the body and psyche was the key to Reich’s work.  Resistance in an energy sense, is hiding, contraction, deflection, pain and sadness, or going against the flow.

Resistance also relates to consistent repression of memories of early experiences into the subconscious mind which Reich proposed was the body itself. In effect he supported the idea of cellular memory and cellular consciousness but put in other terms.

Reich proposed a shame-free concept about human sexuality that gave him notoriety in the conservative first half of the twentieth century. Reich’s later work became more esoteric and fanciful, and he ventured into areas that did not yield substantial contributions to bodymind knowledge beyond his important early and mid-period work up until the mid 1940’s.

Reich was controversially prosecuted by the FDA in America and died in prison in the 1950’s.

How To Help Someone With Depression

The Warning Signs You Might Need a New Counsellor

Energetics Institute are the premier providers of Psychotherapy in Perth. We are a family run practice and use an effective blend of Counselling, Psychotherapy and Body Psychotherapy to help clients find solutions to various emotional and relationship issues. We have been practicing as Psychotherapists since 2005 and are located in Inglewood, Perth, Western Australia. 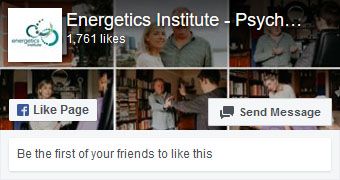